How to Create the Ultimate
Live-Stream
(And Make Money Doing It!)

Do you find yourself overwhelmed with questions on how to get started and how to make it sound and look amazing? Do you wonder what equipment to use and how you can build an online audience AND make money doing it? I have your answers! Read More 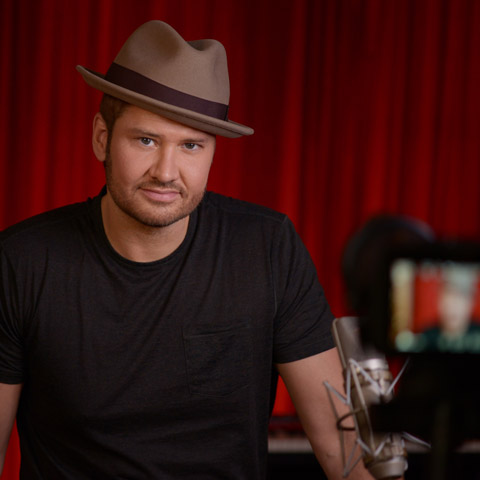 The Power Of Streaming

Ready to create your own ultimate live-stream?

More About This Masterclass

When the pandemic hit, my major income stream from touring disappeared overnight. Not only did I need to substitute my income, but also keep my creativity alive and stay engaged with my audience. I knew immediately that live streaming created the answer, but the big question remained: how could I create it to a professional standard from my home? After hundreds of hours of research, testing, trial and error, I mastered the methods of live streaming, and now you can too.

After 50 sold-out virtual shows and receiving an award for the most innovative artist of the year on the #1 concert live streaming platform, I have decided it’s time to share my knowledge and expertise so you can also thrive financially from the comfort of your home.

In this live Masterclass, I'll pull back the curtain and give you a step-by-step guide to setting up your live stream. You will learn all the tools and techniques of how to monetize and promote your content. We will cover everything from creating and hosting to execution, equipment and technical data. There will be an opportunity at the end of each class to personally ask me questions in a Q & A session.

Live streaming allowed me to generate the income I needed to keep the lights on throughout the pandemic, however, it's here to stay. I am thrilled to get back on tour, and now, live streaming has become a supplemental revenue stream that expands my reach and exposure.

By the end of this course, whether you are a working musician or a recording artist, you will be fully equipped to create your own live stream, monetize your art, and build a lasting community.

Can’t wait to meet you. Let’s get rolling!

This MasterClass is (4) 90-minute sessions over 2 weeks.

All sessions are at12 pm PT / 3 pm ET and will be on Zoom.
(A link will also be available after the course to re-watch the MasterClass.)

Learn earn how to create the ultimate live stream now!

Michael Lington is a Danish-American contemporary saxophonist, songwriter, producer, recording artist and a purveyor of soul and contemporary jazz.

He has released 12 solo albums and has 27 singles that have charted on the Billboard and Radio & Records (R&R) contemporary jazz radio charts.

He has toured regularly his entire career, averaging 60-80 shows per year. In recent years, Lington joined Michael Bolton on tour as his opening act & special guest. Lington and Bolton performed over 350 shows together in more than 40 countries. Venues on the tour included Royal Albert Hall, Sydney Opera House, Universal Amphitheatre, and the Kuwaiti Embassy in Washington, D.C. (where they performed for President Bill Clinton).

Lington is signed to the The Reliant agency for worldwide representation and has a publishing administration deal with Kobalt Music Publishing. He is an ASCAP songwriter/publisher and a 22-year voting member of the Recording Academy.

He lives in Hermosa Beach with wife, Keri and their 2 children, Lauren and Landon.

Why wait? Start the MasterClass now!

Why put off taking your streams to the next level?
The course comes with a 100% satisfaction guarantee. If you attend the course and don’t feel I delivered incredible value, let me know and I’ll happily refund you.

FOR A LIMITED TIME—BUY NOW!

For questions or additional information, please contact us at info@michaellington.com